What is an Autonomous vehicule?

An autonomous car is a vehicle that can guide itself without human conduction.

This kind of vehicle has become a concrete reality and may pave the way for future systems where computers take over the art of driving.

Driverless cars, including Google’s autonomous car design, have logged thousands of hours on American roads, but they are not yet commercially available on a large scale.

Autonomous cars use various kinds of technologies. They can be built with GPS sensing knowledge to help with navigation. They may use sensors and other equipment to avoid collisions. They also have the ability to use a range of technology known as augmented reality, where a vehicle displays information to drivers in new and innovative ways.

Some suggest that significant autonomous car production could cause problems with existing auto insurance and traffic controls used for human-controlled cars. Significant research on autonomous vehicles is underway, not only in the U.S., but also in Europe and other parts of the world. According to some in the industry, it is only a matter of time before these kinds of advances allow us to outsource our daily commute to a computer.

A classification system based on six different levels (ranging from driver assistance to fully automated systems) was published in 2014 by SAE International, (former Society of Automotive Engineers).

This classification system is based on the amount of driver intervention and attentiveness required, rather than the vehicle capabilities, although these are very closely related. In the United States, the National Highway Traffic Safety Administration (NHTSA) released in 2013 a formal classification system.[13] The NHTSA abandoned this system when it adopted the SAE standard in September 2016.

The Autonomous Cars/Driverless Cars Market demand is expected to reach 138,089 units by 2024. This growth is attributed to the need to curb the rising number of accidents caused particularly due to human error. According to the International Organization for Road Accident Prevention, more than 90% of road accidents across the globe are caused primarily due to human errors.

Autonomous cars might create a $42 billion market for the technology by 2025, Boston Consulting Group said. 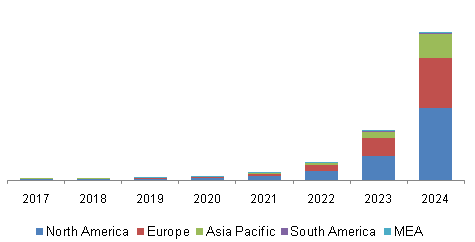 Who are the Corporations Working On Autonomous Vehicles ?

Audi has revealed a number of autonomous vehicle prototypes derived from their A7- and RS7 models, including consumer-oriented test vehicles. Audi aims to commercialize their “Audi Piloted Driving” in their next-gen flagship A8, which will allow the A8 to park itself and drive autonomously up to 37 mph. Late in July 2016, news broke that Audi was joining many automotive peers with its own advanced subsidiary named SDS Company, focusing on self-driving tech.

The luxury brand operates under the umbrella of the Volkswagen Group, so developments within the division could have broader implications going forward.

Apple’s “Project Titan” is a perennial favorite within the automotive rumor mill. Initial reports suggested the project was targeting an advanced electric vehicle, but rumors and hirings since have increasingly pointed towards self-driving development. Apple’s team is said to have grown to over 1,000 employees, poached from sources including Tesla, Carnegie Mellon, Volkswagen, and Nvidia. The intiative suffered setbacks in early 2016, with the departure of project head Steve Zadesky and a rumored hiring freeze, as well as strategic uncertainty over the vision of the project.

the Chinese search giant Baidu partnered with BMW to release a semi-autonomous prototype by the end of 2015. The partners tested their technologies on highways in China, a potentially fertile ground for autonomous development. The partnership bore fruit in December 2015 as a modified 3-Series BMW drove an 18.6-mile route around Beijing.

Aside from its partnership with Baidu, BMW has also been aggressively pushing its autonomous strategy in 2016. It showed off an autonomous i8 concept at CES, announcing a formal initiative to promote automation in its vehicles under the banner BMW iNEXT, a pivot of its BMW i EV sub-brand.

Bosch, one of the world’s largest automotive suppliers, has responded to an increase in demand by dedicating more than 2,000 engineers to driver-assistance systems. The company counts Google, Tesla, and Porsche as clients, and has managed to outfit two Tesla vehicles to make them fully autonomous (at a steep price). Bosch is also partnering with GPS maker TomTom for the mapping data necessary for this endeavor. The company has projected that 2020 will see driverless cars in action, at least on highways.

Six convoys of truck  recently completed the first-ever cross-border run of its kind. The experiment featured a dozen trucks from a diverse group of European trucking brands, originating from various factories in Sweden and Germany, and converging in Rotterdam. Within the semi-autonomous “platooning” concept, multiple trucks controlled by a lead truck are connected through wireless signals, forming a train with one truck following behind another. This allows more trucks to be controlled by fewer people, maximizes efficiency, and decreases drag. However, the trucks featured in the test still required human drivers on board as a precaution. Separately, Daimler has also been testing its own autonomous trucks in Nevada since May 2015.

General Motors has made waves in 2016 with a series of aggressive moves within the tech sphere. In January, the company bought up Sidecar‘s assets and invested $500M into Lyft, and March saw GM’s acquisition of autonomous tech startup Cruise Automation. These deals have already borne fruit, with Cruise prototypes following Google in expanding their testing regimen to Arizona. Self-driving taxis are slated for testing with Lyft beginning in 2017.

Separately, GM has also been developing its own semi-autonomous technology in-house, with its Super Cruise technology slated to come to market on high-end Cadillac models in 2017. GM has said that the Cruise acquisition would have “no impact” on its Super Cruise launch, and has also detailed plans to hire 700 engineers focused on autonomous R&D.

Google Waymo has led one of the most high-profile autonomous vehicle programs, with its own website and a highly-visible testing fleet of quirky prototypes. Last September, Google hired ex-Hyundai and TrueCar exec John Krafcik to lead the program, and also brought a legal lead on board in July 2016, indicating an increased focus on commercialization under the new Alphabet structure.

Honda is testing test autonomous vehicles on public streets (with restrictions on the number of vehicles and the testing methods). Like Apple, the automaker is also using the GoMentum Station proving ground, with 2,100 acres of testing area for its self-driving fleet. Honda also introduced semi-autonomous ADAS (advanced-driver assistance systems) options on its entry-level Civic, offering lane-keeping, automatic braking, and adaptive cruise control functionality.

the Korean motor group seems to be intensifying its efforts to compete in 2016, ramping up investments in AI and setting up a new business unit to develop “hyper-connected” and self-driving cars in the near future.

In July 2016, JLR formalized plans to deploy a fleet of at least 100 research vehicles over the next four years to test self-driving and connected car technology on roadways in Britain

Mercedes has begun deploying semi-automated advanced driver assistance systems to many of its newer models. However, an ad characterizing its new E-Class as “self-driving” landed the company in hot water. With increased scrutiny on advanced assistance systems and terminology following Tesla’s Autopilot accidents, Mercedes pulled the ad in the face of fierce criticism from consumer advocates.

Carlos Ghosn promised that the group would have 10 vehicles on sale by 2020 with “significant autonomous functionality.” Nissan unveiled its first public prototype in 2013 at the Nissan 360 event in California, and has since been testing an autonomous Nissan LEAF on the roads of Tokyo. Nissan and Toyota also announced a joint effort to develop standardized “intelligent” maps, perhaps in response to German automakers’ acquisition of the mapping company.

Nissan’s recent developments in 2016 include plans to test single-lane autonomous driving in Japan, as well as an expanded scope of experiments from its Future Lab mobility research center.

Nvidia surprised many by unveiling the Nvidia Drive PX2, a powerful computing platform for autonomous cars. Packing 8 teraflops of processing power, the platform is robust enough to support deep learning, sensor fusion, and surround vision — all key elements of a potential self-driving car. Early this April, Nvidia reinforced its dedication to autonomous vehicles by announcing that its Drive PX2 would serve as the standard computer in the Roborace self-driving race series.

French PSA Groupe (including Peugeot, Citroën and DS) announced that two Citroën cars had driven “eyes off” from Paris to Amsterdam. The vehicles navigated over 300 km (186 miles) without supervision on “authorized stretches” of road, with PSA claiming the cars had achieved Level 3 Automation in this mode. The “eyes off” mode is slated to arrive by 2021, while semi-autonomous “hands off” modes will be available by 2020. These features, along with electric vehicles and new models, form the core of PSA’s broader “Push to Pass” growth strategy (including a return to the US).

Tesla has become a leading banner-carrier for advanced driver assistance and self-driving technology. CEO Elon Musk is particularly bullish on the field, believing the technology behind fully autonomous vehicles is only “two to three years away,” with another “one to five years” needed for regulatory approvals. Tesla pushed its “Autopilot” software update to properly equipped Model S vehicles last October, enabling auto steering, lane changing, and parking features.

Toyota announced a $1B budget for autonomous driving research, establishing its advanced Toyota Research Institute. Toyota has also also hired professors and researchers from Stanford University, MIT, and the entire staff of the autonomous vehicle company Jaybridge Robotics. Just this April, it also announced its third US university partnership with an automotive engineering stalwart, the University of Michigan.

Volkswagen revealed the V-Charge project, where a Volkswagen e-Golf equipped with sensors, 3D maps, etc. will find open parking spaces in a garage and park without human input. The company suggests that there will be a prototype for demonstration available within four years

Volvo has also made progress with self-driving passenger vehicles. With a reputation for safety innovations, Volvo labeled its autonomous vehicle endeavors “Intellisafe,” with the goal of making Volvo cars “deathless” when the company fully rolls out these features to the public. For now, Volvo is planning to give 100 Swedish customers early-access to an autonomous XC90 SUV in 2017 (with restrictions on the area, time, and context which autonomous mode will be used). 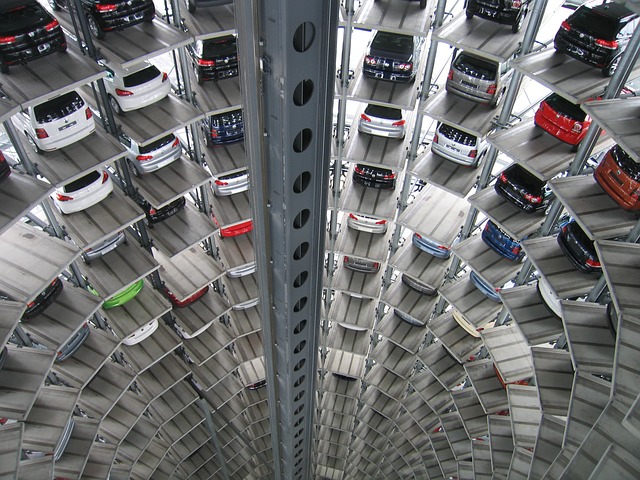