What is Google Cloud Platform ?

of a set of physical assets, such as computers and hard disk drives, and virtual resources, such as virtual machines (VMs), that are contained in Google’s data centers around the globe. 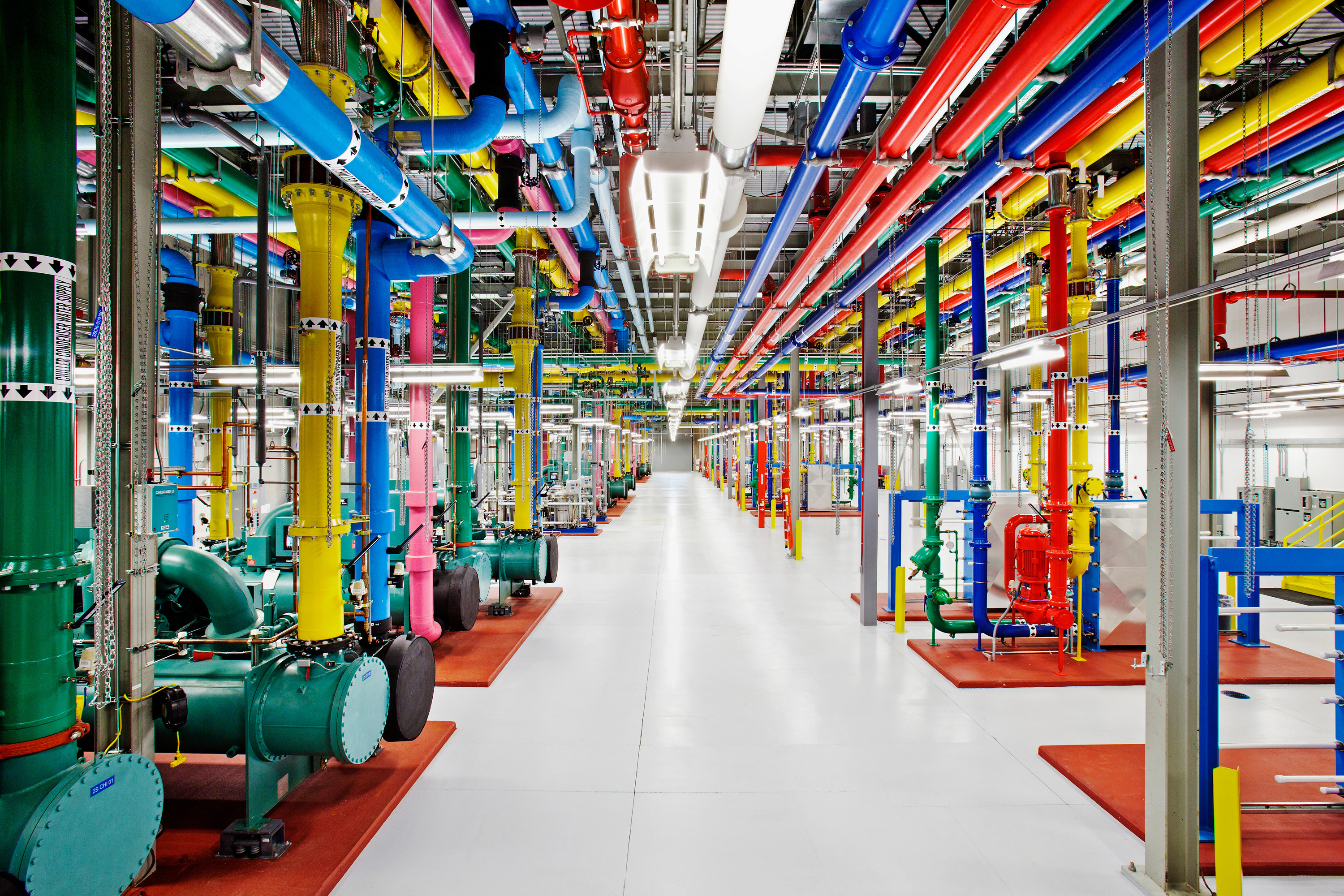 It include three categories; Audits, Resources and Security. And you’ll notice here that the Google Cloud complies with some of the most important standards.

Our customers and regulators expect independent verification of security, privacy and compliance controls. Google undergoes several independent third party audits on a regular basis to provide this assurance. This means that an independent auditor has examined the controls present in our data centers, infrastructure and operations. Google has annual audits for the following standards:

As part of Google’s rigorous privacy and compliance standards and commitment to our customers, Google Inc. is certified under the EU-U.S. Privacy Shield Framework. In addition, Google offers Cloud Platform customers EU model contract clauses as a method to meet the adequacy and security requirements of the EU Data Protection Directive

Google Cloud Compute  understand the scalability situation and have a set solutions around it.

Google Cloud  Compute is known to have a good ROI.

Google Cloud Shell makes it easy for you to manage your Cloud Platform Console projects and resources without having to install the Cloud SDK and other tools on your system. Cloud Shell runs on a temporary Compute Engine instance, so you can run gcloud and other command-line utilities in your web browser.

You can add Cloud Platform as a backend to your Android app directly from the Android Studio IDE. Android Studio ships with out-of- the- box integration for App Engine, Cloud Endpoints, and Google Cloud Messaging for Android (GCM).

Cloud Tools for PowerShell is a set of cmdlets for Windows PowerShell that lets you manage Google Cloud Platform resources. These cmdlets let you automate tasks by writing programs in PowerShell.

The Google Plugin for Eclipse lets you develop your Java application using the Eclipse IDE for Java developers and then deploy directly to App Engine with one click. The plugin also provides tooling and API support for App Engine development with Java.

Stackdriver Debugger lets you inspect the state of your Java application running on App Engine or Compute Engine at any code location, without stopping the app or slowing it down. The debugger makes it easier to view the application state without adding logging statements. You can use Stackdriver Debugger with any deployment of your application, including test, development, and production.

Stackdriver Trace enables you to view the remote procedure calls (RPCs) invoked by your App Engine application and to view and analyze the time taken to complete each RPC. You can use Stackdriver Trace to create and view analysis reports that show the latency distribution of requests to your application. You can also compare performance of two sets of requests. For example, you can compare the performance of your application before and after a release by comparing the traces for requests received.

Cloud Platform provides tools for logging and monitoring so you can keep track keep track of the performance and availability of your resources and applications.

Cloud LoggingCloud Logging collects and stores logs from applications and services running on Cloud Platform. You can use Cloud Logging with App Engine or Compute Engine. The Logs Viewer in the Cloud Platform Console lets you see your logs. You can export your logs to Cloud Storage, BigQuery, and Cloud Pub/Sub so you can process them more easily. The Cloud Logging Agent enables you to integrate third-party logs.

Setting up a system from scratch can take a lot of time. Cloud Platform enables you to deploy preconfigured systems and to define your own configurations.

You can quickly deploy any of over 150 pre-made software packages and system configurations on Compute Engine with just a few clicks by using Google Cloud Launcher. Cloud Launcher offers solutions from Bitnami and Google Click-to-Deploy. You can use the Cloud Platform Console to manage your deployments.

There’s Central US, Western Europe and East Asia, and there’s sub zones, they’re numbered here and if you are interested, as to where these zones actually are, which locations, Google lists them so you .

When you’re starting with Google cloud services, you start with the idea of a project. A project is a container for a set of services.

So you can think of it as, for example, if you had a website, you’d have your web servers, your virtual machines, your databases and your networking, maybe like a virtual network, or other types of interfaces contained within one project.

one of the primary tools that is used is gcloud, a command-line tool. In order to use this tool, you need to download the Google Cloud Platform Software Development kit or SDK. Once you’ve done that, you want to start gcloud from your terminal and set the correct project folder. You’ll also need to authenticate to gcloud depending on whether you access from your desktop or from the console itself. 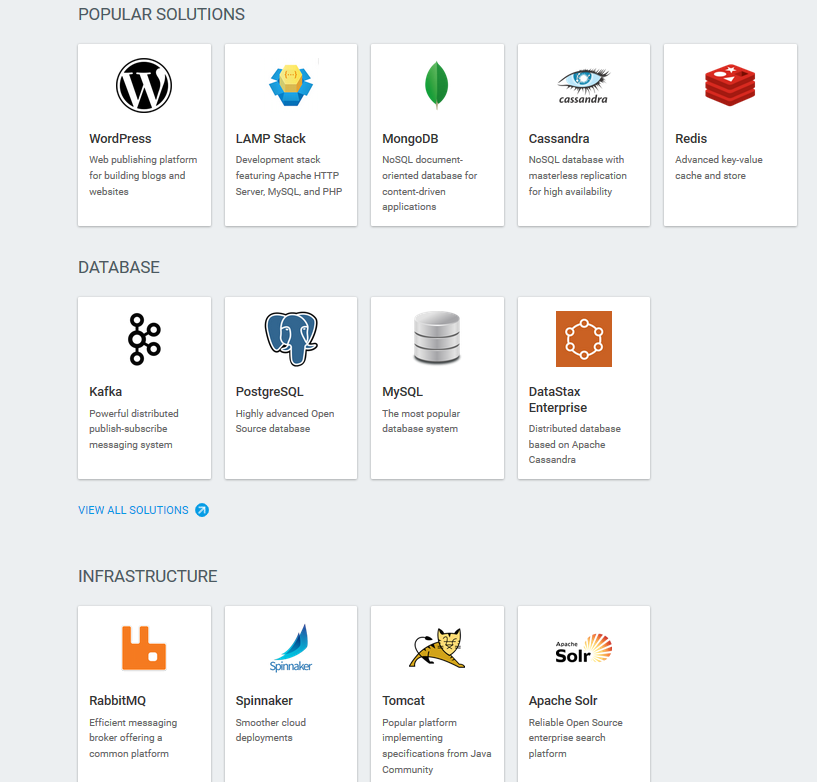 You can use some tools and utilities that are included with the Google Cloud to speed up your deployments and your tasks.

Google Launcher is one of them, it creates VMs, and have applications pre-installed like databases, and front-end software.

Your virtual machines will be configured really faster and ready to start working .

GAE, Google app Engine, Sandbox, Endpoints, GAE, the Sandbox is the version that’s been out for years and years.

Endpoints is mostly Android development, but it’s a general set of middle ware.

A RESTful API is an application program interface (API) that uses HTTP requests to GET, PUT, POST and DELETE data.

A RESTful API — also referred to as a RESTful web service — is based on representational state transfer (REST) technology, an architectural style and approach to communications often used in web services development.

REST technology is generally preferred to the more robust Simple Object Access Protocol (SOAP) technology because REST leverages less bandwidth, making it more suitable for internet usage. An API for a website is code that allows two software programs to communicate with each another. The API spells out the proper way for a developer to write a program requesting services from an operating system or other application.

The REST used by browsers can be thought of as the language of the internet. With cloud use on the rise, APIs are emerging to expose web services. REST is a logical choice for building APIs that allow users to connect and interact with cloud services. RESTful APIs are used by such sites as Amazon, Google, LinkedIn and Twitter.